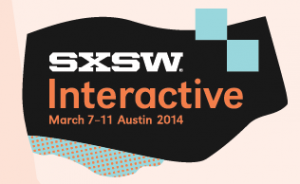 This past month, the mother of all business conferences took place in Austin, Texas. Just like last year, South By Southwest 2014 was packed with lessons from both successful start-ups and veteran companies. Here are a few tips and tidbits we gathered from this year’s conference.

A bright point of this year’s conference were the sheer number of company heads who not only admitted to failing in their early years (and some in their recent years), but also cited it as a necessary thing to keep doing again and again and again. Opening with a quote from Winston Churchill—”Success consists of going from failure to failure without loss of enthusiasm”—authors Camille Sweeney and Josh Gosfield led a panel on how the one thing “superachievers” across a wide array of mediums have in common is how consistently and frequently they have missed their goals. The secret, Sweeney and Gosfield assert, is to view failing as a chance to analyze the problem, take responsibility, and try again.

“The successful people we spoke with — in business, entertainment, sports and the arts — all had similar responses when faced with obstacles: they subjected themselves to fairly merciless self-examination that prompted reinvention of their goals and the methods by which they endeavored to achieve them,” Sweeney and Gosfield wrote in a piece published in the New York Times.

If your home inspection business plan isn’t working the way you hoped, that’s ok. Reassess your situation and get back in the saddle.

Networking events were aplenty in Austin, but making contact is just the first step. Of all the contacts made at South By, only a stark few will actually turn into real business relationships. Fostering a solid connection takes time, which is why it oftentimes makes sense to join a small business group, chamber of commerce, real estate organization, or other group where you’ll routinely bump shoulders with future home inspection clients over several months. Attending a one-off networking event is a great introduction, but establishing a strong foothold in the community where your future home inspection clients live is what seals the deal.

Market Outside the Box

Passing out business cards and pens with your company name on it is out. Marketing by offering future customers something is in. This year’s press room, for example, was sponsored by Go To Meeting who not only provided a free bar chock full of anti-hangover remedies to all journalists covering the event, but also sponsored pedicabs to help South By -goers get from one panel to another. Some of the most effective marketing strategies didn’t involve gifts or giveaways. Entrepreneur notes another brilliant marketing move by an app company called PPLConnect that lured in new customers by offering to send a PPL employee to stand in conference lines for them. Instead of passing out things emblazoned with your company logo, think about offering extra services your agents can use.